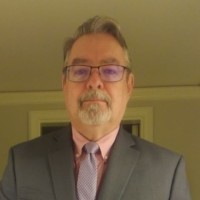 Tim Bergère is a partner at Armstrong Teasdale, LLP, working primarily out of its Philadelphia office. Tim has been practicing in the field of environmental law for over 30 years, after beginning his career as an enforcement attorney with the Pennsylvania Department of Environmental Protection, and as a Special Deputy Attorney General with the Office of the Pennsylvania Attorney General, assigned to the Department. Since entering private practice in 1988, Tim has worked on dozens of site remediation projects across the country under a variety of state and federal remedial programs. He has advised public and private clients on environmental risk management strategies for legacy environmental liabilities and in Brownfield redevelopment projects, where vapor migration and vapor intrusion are frequent concerns. Tim has also been involved in environmental litigation to clean up contaminated sites, allocate costs at environmentally impaired sites, and has defended public and private entities in government enforcement actions. Tim did his undergraduate work in Environmental Studies at New England College and obtained his law degree from the Law School of the University of New Hampshire.

Your Vapor Wants Out: Managing Your Liability When Vapor Migrates

Vapor wants to move from where it is to where it isn’t. How it gets where it is going, and who it comes in contact with it along the way, affects the legal landscape. When vapor crosses a property boundary, it constitutes a “release or threatened release” of a pollutant or hazardous substance, actionable under federal and state environmental laws. But it also is a common law nuisance and a trespass. Depending on the compounds and concentrations within the vapor plume, liability exposure can be quite significant. And, like the migration of “conventional” pollutants through soil and water, vapor plumes expand the environmental risk profile of a site by expanding the area of impact and, potentially, the number of receptors. While vapor migration can pose actual health threats to exposed individuals, and explosive threats in confined spaces, even non-harmful levels of some compounds can create nuisance odors which present equally complicated legal problems for the responsible party, as well as for landlords managing their leaseholds. Vapor investigations are now a component of virtually every release involving VOC/SVOCs, and vapor intrusion as a source of exposure has hit the radar screen for plaintiffs’ lawyers across the country. Managing potential liability associated with vapor migration starts with the science of vapor generation and movement, but is just as tied into environmental risk assessment protocols. This session will discuss strategies for managing legal exposure associated with vapor migration.