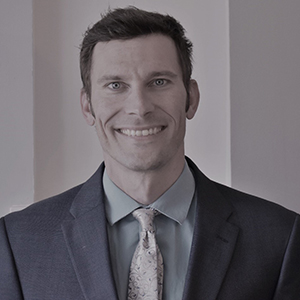 Mr. Depa is a geologist and senior project manager at Jacob and Hefner Associates. He is a 2005 graduate from the University of Illinois with a BS in Geology, including advanced course work in Geographic Information Sciences (GIS). He has more than 15 years of experience in the environmental consulting field and specializes in creating 3D conceptual site models to assess complex sites and design cost-effective remediation solutions. He has modeled high-resolution data on over 125 environmental investigation projects, including several which have been published in the peer-reviewed textbook, “Urban Watersheds – Geology, Contamination, and Sustainable Development”. Mr. Depa has also created exhibits for four environmental litigations and provided testimony for his role in creating several animations used as trial exhibits in a multi-million-dollar litigation.

High resolution site characterizations are quickly becoming standard practice in the consulting industry for the investigation of contaminated sites. They may involve the use of direct sensing tools, like a Membrane Interface Probe (MIP) or the collection of high-density soil and groundwater samples, however, these investigations all have one thing in common, they produce a lot of data. 3D CSMs are the solution to visualizing and understanding the massive amounts of data generated from high-resolution site investigations. These CSMs have aided projects by:

• Delineating the contamination or response in three dimensions;

• Classifying how the contamination is distributed geologically; or

• Calculating the volume of contaminated soil or in-situ contaminant mass.

The 3D visuals have not only been influential in the investigation phase, but also in the design and implementation of the remedial solution. The presentation will focus on several case studies where the 3D CSM was an essential tool in the remedial strategy:

1) Optimization of an Electrical Resistance Heating System: Nearly 15,000 cubic yards of contaminated soil and an estimated 4,600 pounds of TCE was delineated using a 3D CSM. The 3D CSM was used to reduce the original design costs by over 1.1 million dollars.

2) Targeted Injection Plan: Data from a Membrane Interface Probe / Hydraulic Profiling Tool (MiHPT) was analyzed to both determine the extent of contamination and calculate how the contamination was distributed geologically. The analysis will be crucial in determining the locations to inject amendments, injection amounts, and pressures.