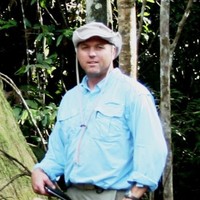 Multiple releases of perchlorate and TCE from a process building occurred over a period of about 50 years at a DOD subcontractor facility in the Midwest. Perchlorate and TCE had impacted both shallow soils and groundwater at the facility above state guidance levels with concentrations in groundwater as high as 1 mg/L and soil at 28 mg/kg. A phased sustainable remedial approach was identified as the most comprehensive solution to address the perchlorate and TCE source area that included a sustainability review of applicable technologies and consideration of impacts to all stakeholders. The selected sustainable approach included the following; establish an in situ injection biobarrier in groundwater, decon and demo of the process building and, a shallow soil bioreactor in the former building footprint. The first phase involved installation of the biobarrier down gradient of the process building to establish anaerobic reducing conditions in groundwater prior to initiating the soil remediation phase. Injections of an EVO solution were conducted starting at approximately 23 feet bgs (at the top of an aquitard) up to 17 feet bgs. The next phase included the decontamination and demolition of the process building. The final phase was conducted immediately following the decon and demo of the building that included introducing a locally-sourced electron donor/carbon source into the soils to stimulate the microbial degradation of perchlorate and residual TCE. Locally-sourced mulch and municipal yard waste was mixed into the top 60 inches of soil just inside the footprint of the demolished process building. Shallow drip irrigation lines were then placed in furrows to increase soil moisture and stimulate microbial activity in the shallow soils and then covered. Both perchlorate and TCE were reduced in groundwater to ND downgradient of the biobarrier within 2 years and contaminants in soil were reduced in 4 years. An NFA was granted by the state in 2019.