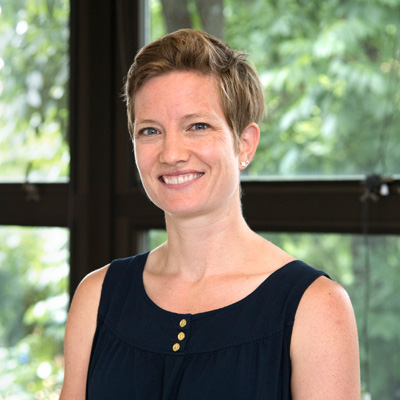 Jennifer DeBruyn is an Associate Professor in the Department of Biosystems Engineering & Soil Science at the University of Tennessee in Knoxville, Tennessee. She received her B.Sc.H in Biology from Queen’s University (Kingston, Canada) and her Ph.D. in Ecology and Evolutionary Biology from the University of Tennessee. She is an environmental microbiologist who investigates decomposition and biodegradation in both agricultural and natural ecosystems.

Plastic waste has inundated ecosystems around the world. In the environment, plastics break down into microscopic pieces, or microplastics, which are accumulating in our water, air, and soils, and even starting to show up in our food and bodies. Soils are particularly threatened by this seemingly ubiquitous pollution, with estimates suggesting that agricultural soils contain higher microplastic concentrations than freshwater or ocean water. The effects of all these microplastics on organisms and ecosystems is something scientists are rapidly trying to get a handle on. Evidence continues to build that organisms interact with and/or ingest microplastics, often with detrimental effects on health, behavior or reproduction.

Microplastics in soils can come from irrigation or biosolids applications, which concentrate our plastic waste from other environments, or from the plastics that are deliberately used in agriculture (i.e., plasticulture). In our research, we study the effect of plastics on soil health, looking at the fate and degradation of plastics in soils as well as their impacts on soil organisms. We’re also investigating biodegradable plastics as an alternative, which may help alleviate the environmental impact of plasticulture.