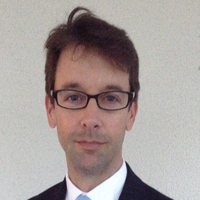 Prior to studying at Clemson, James received his BA in Spanish from Dickinson College, and a Masters in Environmental Sciences from California State University. Early in his career, he worked with the ADEPT Group, Inc. in Los Angeles, CA, where he worked on large-scale demonstration and development projects of mobile-source emissions reducing technologies. He then served as an Environmental Health Manager for the South Carolina Department of Health and Environmental Control where he performed site assessment, soil and groundwater sampling, and technical audits of remediation systems. James then continued his work in environmental investigation and remediation projects with the URS Corporation, in Charlotte, NC. These experiences are what led James to the Environmental Engineering and Science Ph.D. program at Clemson in 2003. James was advised by Dr. Ron Falta and he also worked closely with Drs. David Freedman and Larry Murdoch.

While at Clemson, James received an EPA STAR Fellowship to support his research on multi-phase contaminant transport in sites where soil and groundwater are contaminated. James received his Ph.D. in Environmental Engineering and Science from Clemson University in May 2008. His dissertation is entitled Anaerobic Biodegradation of Ethylene Dibromide and 1,2-Dichloroethene in the Presence of Fuel Hydrocarbons. He published the results in top tier journals, including Environmental Science & Technology, Journal of Contaminant Hydrology, and Applied and Environmental Microbiology.

Now serving as a Project Director for the Corteva Corporate Remediation Group, based in Charlotte, NC, James is responsible for investigation and remediation at Corteva sites in Latin America. James works in close collaboration with diverse project teams and travels frequently throughout the Latin American region. Most recently, he has been instrumental in helping students from Brazil enroll in the MS program in Environmental Engineering and Science.