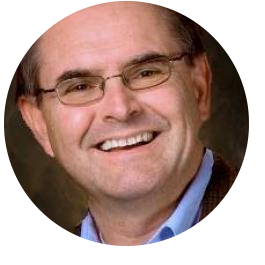 Jack Sheldon, a remediation expert for Antea Group, has more than 35 years of experience as a project, program, and technical director. He has specialized in the field application of various types of bioremediation and chemical oxidation/reduction systems, with personal involvement in 27 first‐type remediation projects in their respective states. He has completed remediation projects in all 50 states and more than three dozen locations abroad. Jack has provided global remediation, microbiology, and regulatory negotiation services for many government and commercial clients on concerns of soil, sediment, air, and groundwater. He has worked extensively with site investigations, prepared various environmental reports, and successfully managed numerous projects and technology programs. He works regularly with investigation tools including MIP, HPT, LIF, UVOST, ROST, and FLUTe™. His primary expertise has been in the identification/selection of remediation technologies for projects and the monitoring of those technologies. Jack has designed, implemented, and supervised hundreds of treatability/pilot studies comparing technologies. He is actively involved in the design, equipment selection, monitoring, supervision, and peer review of full‐scale remediation projects using a broad array of technologies.

Many amendments have historically been applied in excavations at remediation sites. Ideally, the amendments would contact groundwater infiltrating the excavation leading to treatment of residual mass not accessed by soil removal. When first introduced, the liquid carbon sorptive product, PetroFix® (including a nitrate/sulfate electron acceptor blend), was developed for in situ injection grids and plume retarding barriers but use in an excavation was not initially contemplated.

At a former convenience store site, slow release oxygen pellets were proposed for residual treatment in the excavation. Demonstrating the efficacy of three electron acceptors in addition to the sorption effects of the carbon product was intriguing. Following excavation, new monitoring wells within and outside the footprint of the excavation were installed to monitor for reductions in BTEX concentrations and changes in geochemistry, field parameters, and microbial profile/gene functions using Molecular Biological Tools quarterly over a one year period. The microbial results were especially important in showing increased microbial growth and gene expression linked to degradation.

A total of 1800 cubic yards of soil was excavated, and a spray application of the amendment was made across the most impacted sides and base locations of the excavation. Later, a faster technique using a front-end loader and drums of amendment allowed a “painting” of the remaining walls and base. In total, 3600 pounds of sorptive media/electron acceptors and 1000 pounds of slow release oxygen pellets were applied to the excavation. After one year of monitoring, the site achieved regulatory closure with the aid of the amendment. A discussion of the site history/conditions, field activities, lessons learned with different amendment application techniques, and a summary of remediation results will be provided.