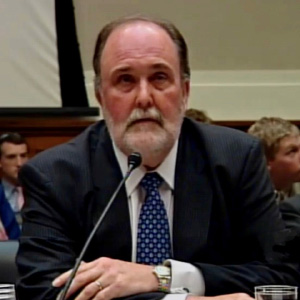 Gene Guilford came to IHMM in September of 2018 after a more than 30-year career as a professional association leader in the energy and environment space, including successful leadership roles in state and federal government relations programs.

Gene’s background includes having started and grown two 501[c][3] education foundations in Connecticut and Maine whose programs led to licensure for the participants. Both foundations were recognized by their respective state governments as private, non-profit, vocational-technical schools that served more than 1,100 students annually.

Before his career in non-profit leadership began, Gene served as the Chief of Staff to the General Counsel of the U.S. Department of Energy as a political appointee of President Ronald Reagan – where he worked on issues as diverse as the deregulation of oil and natural gas to nuclear energy.

A graduate of Bates College in Lewiston, Maine with an honors degree in Political Science and Legal Studies, Gene is married to his wife Toni. Gene and Toni have three daughters and make their home in Simsbury, Connecticut. Somewhere in all this Gene took law classes at the University of Maine and is a Certified Association Executive [CAE].