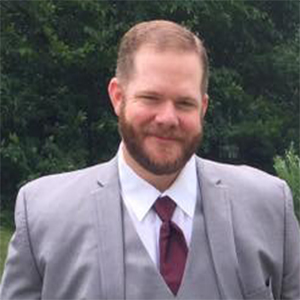 After spending more than the last decade as DeepEarth’s Senior Field Application Leader, Eric Lundy has stepped into the role of Environmental Remediation Specialist, utilizing his vast technical field knowledge for site design, project management, estimating, consulting and health and safety. Mr. Lundy has implemented over 250 soil and groundwater remedial applications on nearly every type of site (from gas stations to chemical plants, large and small) with many different contaminants (hydrocarbons, halogenated compounds, brine and coal tar). Mr. Lundy is currently enrolled at Bemidji State University earning a B.S. in Chemistry.

DeepEarth Technologies, Inc., (DTI), is a technology development and turnkey field applications company specializing in adapting chemistry at the molecular level, to the in-situ conversion contaminants to safe non-toxic byproducts. Since its inception over two decades ago, DTI has kept records of nearly all its field applications and has continuously evaluated the results in effort to better understand our technology and determine if inherent trends were imbedded that could be relied upon to predict the outcome of future field applications.

In 1999, based upon a small number of successful applications performed at facilities contaminated with herbicide/pesticides, we were invited to treat a facility contaminated with Silvex (2, 4, 5 – trichlorophenol). At the height of the Vietnam War, large quantities of this herbicide were deployed by airdrop, to defoliate jungle terrain. Because of the high demand for this product, it was reported that unrefined (impure) shipments, containing toxic halogenated manufacturing byproducts were shipped overseas (with some accessing the domestic U. S. market). This unrefined product was identified as Agent Orange.

Our in-situ success at directly converting this potentially toxic cocktail to carbon dioxide and chloride ion was described by US Army Corps of Engineers (USACE) personnel as, “phenomenal!” After one application, the site was granted closure by the State Regulators of Record. This was the premiere event that initiated our study to determine if there were characteristics embedded in the technology that when understood, would allow us to predict the outcome of field application events.

The presentation will reveal a series of field applications (both halogenated and hydrocarbons), that allow us to identify and track certain markers common to all applications of the technology. The understanding of these nuances can now enable us to provide expectations as to the outcome of the remedial endeavor.