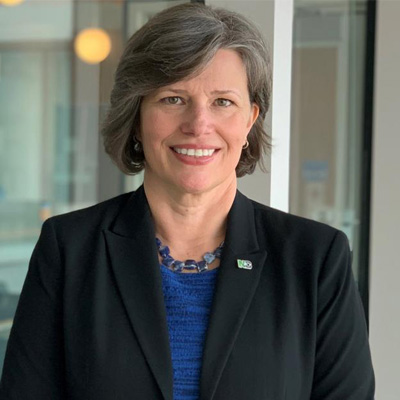 Governor Roy Cooper nominated Delli-Gatti Secretary of the North Carolina Department of Environmental Quality in February 2021. When her nomination was not confirmed, Delli-Gatti agreed to continue her work on clean energy in her current capacity.

Prior to joining DEQ, Delli-Gatti served at the Environmental Defense Fund as the Director of Southeast Climate and Energy. That followed six years at the Atlanta EPA Regional office as Congressional and Governmental Liaison. Her environmental experience also includes government service at the Ohio EPA and the City of Dallas, as well as time as an Environmental Specialist at Turner Collie & Braden, Inc.

She lives in Wake County with her husband, Rodney, her son, Crosby, and their Goldendoodle.