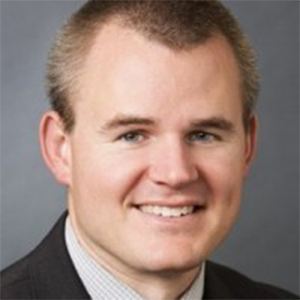 Previously, Derek served as General Manager and Environmental Products Director for a performance chemical manufacturer in King of Prussia, Pennsylvania, developing chemistries for treatment of inorganic contaminants, sediment applications, and injectates for use in PRBs. He is responsible for creating a novel product used in the remediation of dredged sediments impacted with late-transition and post-transition heavy metals, making them directly suitable for non-hazardous landfilling or onsite disposal. This technology has been comprehensively utilized in the Northeast and Southeast Massachusetts DEP Districts and New Jersey.

Derek received a Bachelor of Science in Geology and Environmental Geosciences and a Bachelor of Arts in History from Lafayette College in 2004. As an undergraduate, he was published twice regarding the utilization of new environmental characterization and mapping technologies in conjunction with structural geology investigations. His career started with a bedrock field services company before moving to an ENR Top 100 Environmental Design Firm. Derek is a technical board member for the RE3 Conference, SAME Young Member, former American Foundry Society (AFS)- Environmental Health & Safety (EHS) committee member, and heavy metals task force advisor to a private utility group. Additionally, he was a founding member and formerly served on the boards of EnviroWorkshops (nee Remediation Workshops) and Focused Remediation Seminars.

Background/Objectives. A petroleum release occurred from a former gas station which operated from the 1960’s through 1981. In September 2003, during the installation of a water supply well located approximately 380 feet from the former underground storage tank (UST) system, petroleum odors were observed in soil cuttings and water from depths of 85 to 180 feet in the borehole. This well and two additional water supply wells located between 560 and 615 feet from the former UST system contained gasoline constituents exceeding drinking water standards. Subsequent soil and groundwater assessments at the site and surrounding area indicated subsurface impacts with primary constituents of concern being benzene, toluene, ethylbenzene, xylenes (BTEX), 1,2-dichloroethane (1,2-DCA), and ethylene dibromide (EDB). The bedrock at the site is comprised of foliated metamorphosed biotite monzogranite with the depth to the top of fractured but competent bedrock ranging from 60 to 80 feet below ground surface. The overlying saprolite and partially weathered rock includes residual structure from the parent bedrock with medium dip angles of 40 to 50 degrees, with more permeable layers providing preferential pathways for the migration of the gasoline constituents to the fractured bedrock., both Both dissolved and light non-aqueous phase liquid (LNAPL) are present.

Based on the data collected from the additional investigation, a clearer picture of the subsurface lithology and hydrological connectivity between the overburden and PWR was confirmed. In April/May 2021, AST injected BOS 200® and amendments in 24 borings at 5-foot spacings within a 600 square foot area, and with a target injection depth of 18 to 35 feet below ground surface for each boring. Two shallow groundwater monitoring wells are located within the injection area.

Results/Lessons Learned. The results of the qHRSC provided a better understanding of the total hydrocarbon mass present in the subsurface and identified additional data gaps. Groundwater sampling results from the two monitoring wells located within the injection area following the BOS 200® injections indicated that the injections were successful in reducing concentrations of gasoline constituents by 92 to 99 percent. Results of the qHRSC, design of the BOS 200® and amendments injection, injection methods, and groundwater sampling results will be presented, along with lessons learned.